How to Be a Better Human with Hardly Any Effort 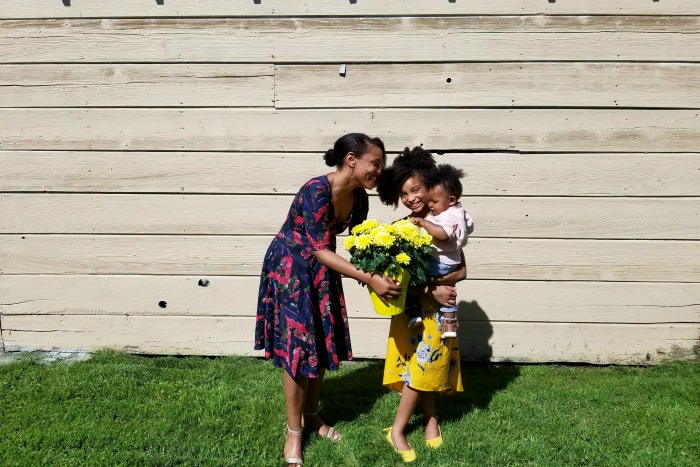 I’ve always been an optimist. Even when things were the worse in my life than they had ever been, I believed that things would turn out the way that they should. Right now in America, we’re dealing with an outward resurgence of hate that makes me want to throw all hope out the window. I’m not going to do that, though. That’s what they want. Instead, I’ll collaborate with other good humans who are just as passionate about not giving up this country that we deserve to live and thrive in. We will make change.

There are a lot of very specific, and not especially easy or pleasant things we all have to do to take this country back. Quite frankly, all of us who still believe in America being the land of the free need to do the work. I know that some folks are new to this fight and are just waking up to the struggle that it’s going to take. I don’t hold that against you. Some people have physical, emotional, or financial issues that stop them from being on the front line of this important cause. Still, there are things that you can do.

I believe in energy and the power that intentional focus can have on a situation. It might sound very new age and hippie-like, but even as a Christian who believes in Jesus, I’ve seen the power of mindset shifting and active positivity. Look for ways to be a good person every single moment of every single day. Things that seem inconsequential, they matter. Little changes in humanity lead to medium changes lead to big changes. We can shift this energy, y’all. We can kill this hate with love.

These are the bare minimum ways that you can be a better human. Little to no extra effort necessary.

1. Actually pray for people when they ask you, or you tell them that you will.

2. Put your cart back at the grocery store. Don’t just leave it in the parking lot.

3. Don’t wear fragrance when you’re going on a flight.

4. Bring snacks other than nuts when you’re traveling on a plane. Eat your nuts after you land.

5. Watch where your hair goes when you toss it back to pull it into a ponytail. Be aware of other people and their space.

6. Ask before you touch someone’s hair. If they say no, don’t touch them.

7. Reply to emails and text messages within 24 hours.

8. Type out “Happy Birthday” instead of “HBD”. Use exclamation marks.

9. Wash your hands before you prepare food, even if it’s just for your own family.

10. Leave the table if you have to blow your nose in a restaurant.

11. Sneeze into your arm, or at the very least cover your mouth.

12. Go one day a week without eating meat.

13. Don’t ask for more bread in a restaurant if you’re not going to eat it.

14. Get a bunch of one dollar bills when you’re traveling so you’ll always have enough for tipping.

15. When you have a party, have at least one each of a hearty vegan and gluten-free option.

16. Keep a straight face when someone makes a sexist, racist, or otherwise offensive joke. Don’t give them positive reinforcement.

17. Monitor your children’s social media accounts so you know what they’re engaging in.

19. Keep your bag on your lap or put it under your seat when you’re traveling. People shouldn’t have to ask you to move it to sit.

20. If you know you’re prone to lateness, trick yourself by setting your alarm 30 minutes early.

21. Get to the airport extra early so you aren’t rushing other travelers who aren’t in a rush.

23. Text your friend to let them know you got home safely.

24. Don’t share information until you have a chance to fact check.

25. Put away your phone when you’re eating with family or friends.

26. Talk to a friend about minor social transgressions you experience rather than posting every single one to social media.

27. Make a playlist of upbeat, positive music and play that on your commute instead of angry news programs and podcasts.

28. Give away stuff that you aren’t using to someone who will appreciate it.

29. Don’t ask people what their gender is, or if they’re pregnant, or what their race is. Stop being nosey.

30. Read a message (or status update, email, text) twice to make sure you’re responding correctly and taking the right action.

31. If you don’t know the answer to a question, refrain from answering it.

*This list is not complete. I will keep adding to it.

Hey Mama, You Need to Stop Holding Yourself Back

Books To Help You Explore Your Passion

Hey Mama, You Need to Stop Holding Yourself Back

We need to talk about kidney disease

This is my fibroid story

I don’t think my nagging is working