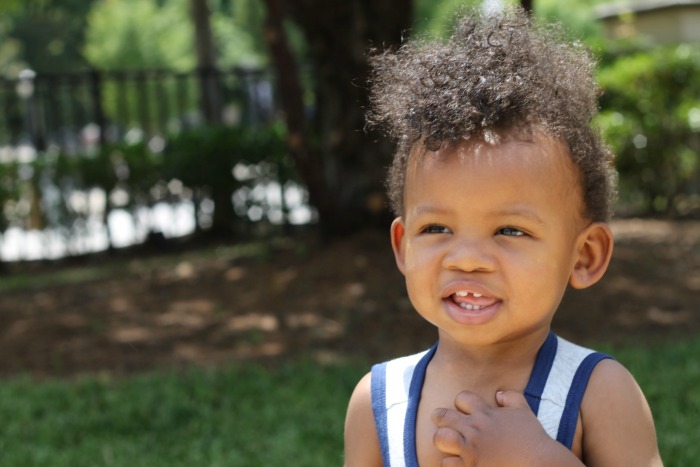 A few weeks ago, at around 1 AM, Jamie, my son, woke up crying. I tried nursing him back to sleep, that didn’t work. My husband changed his diaper, he was still crying. I checked his temperature, and gave his body a once over to make sure he wasn’t injured. I tried singing to him, stood up and walked around with him, nothing would stop his crying.

After about an hour, I had to retreat to the bathroom for a break. I felt like I was going to lose it. I’m already struggling with feeling guilty that he still co-sleeps with us because I can’t sleep train him, and now he’s not even sleeping!  I sat on the edge of the tub, taking deep breaths and feeling terrible for leaving my husband upstairs with the baby by himself. After a few minutes and an internal pep talk, I went back to our room with an idea.

I asked my husband to go down to the kitchen and make Jamie some cereal. He did, and when he came back upstairs with the bowl to feed him, Jamie started grinning immediately. After a couple of spoonfuls, he leaned into me and made the kissy sound so that I would give him a kiss. A few moments later, he gave me another one with a huge smile and oatmeal on his face.

Five minutes later he was sleeping again, and things were back to normal in our bedroom.

Apparently my baby was hungry, and all it took was a bowl of oatmeal to make him feel better. 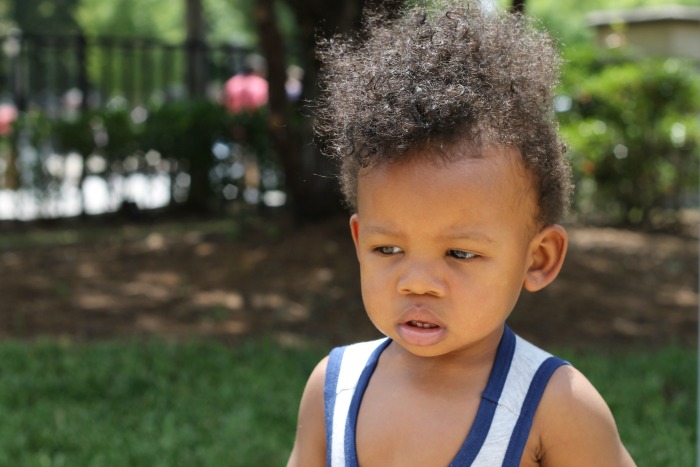 Why didn’t I think of that before?

I closed my eyes after Jamie went back down, but I couldn’t go to sleep. I kept thinking about how I was starting to get worked up because I couldn’t figure out what he needed. When I considered how simple the solution was to calm Jamie down, I felt a little silly. It’s true what folks say. Most babies don’t need much. It wasn’t likely that he would be crying for any other reason than a wet diaper, empty belly, or being uncomfortable temperature-wise or in his clothes.

Why didn’t I remember that?

Because being a mom is work and sometimes it’s hard work. Being in the moment, with a baby screaming his head off, and you’re worried about him waking up your other child can affect your decision making. Because moms are human.

Every day this little guy tests my limits. He reminds me that I’m not as smart or quick as I thought I was. I go back and forth between feeling humbled by these lessons and thankful that I’m at least figuring it out. There are times, like early that morning, where I feel a bit of shame. Even after 16 months (and nine years if you count my 9-year-old daughter), I still have to walk away sometimes to compose myself during rough moments.

Becoming a mom again, going through this postpartum period (with now has a name—matrescence) is filled with so many changes, that sometimes, at one in the morning, I’m just not the best mom ever. I might even desert my husband and make him deal with a tantrum throwing baby all on his own. And that’s okay. Because eventually we got it together.

All day today I kept thinking back to Jamie‘s kisses, and his smile, and how pleased he was that we finally figured out what he needed. That’s what it’s about, right? Just trying to figure out how to give our children what they need. I might not always crack the case on the first try, but I’m going to keep working at it until I get it right. It might not always be as easy as a bowl of cereal, but this is good practice for the big stuff that will come down the line later.

Are working moms really doing it for their family?

7 Surefire Ways to Stop a Tantrum in its Tracks

How to Baby-Proof Your Television

I knew something was wrong, but never guessed it was postpartum…