7 Surefire Ways to Stop a Tantrum in its Tracks 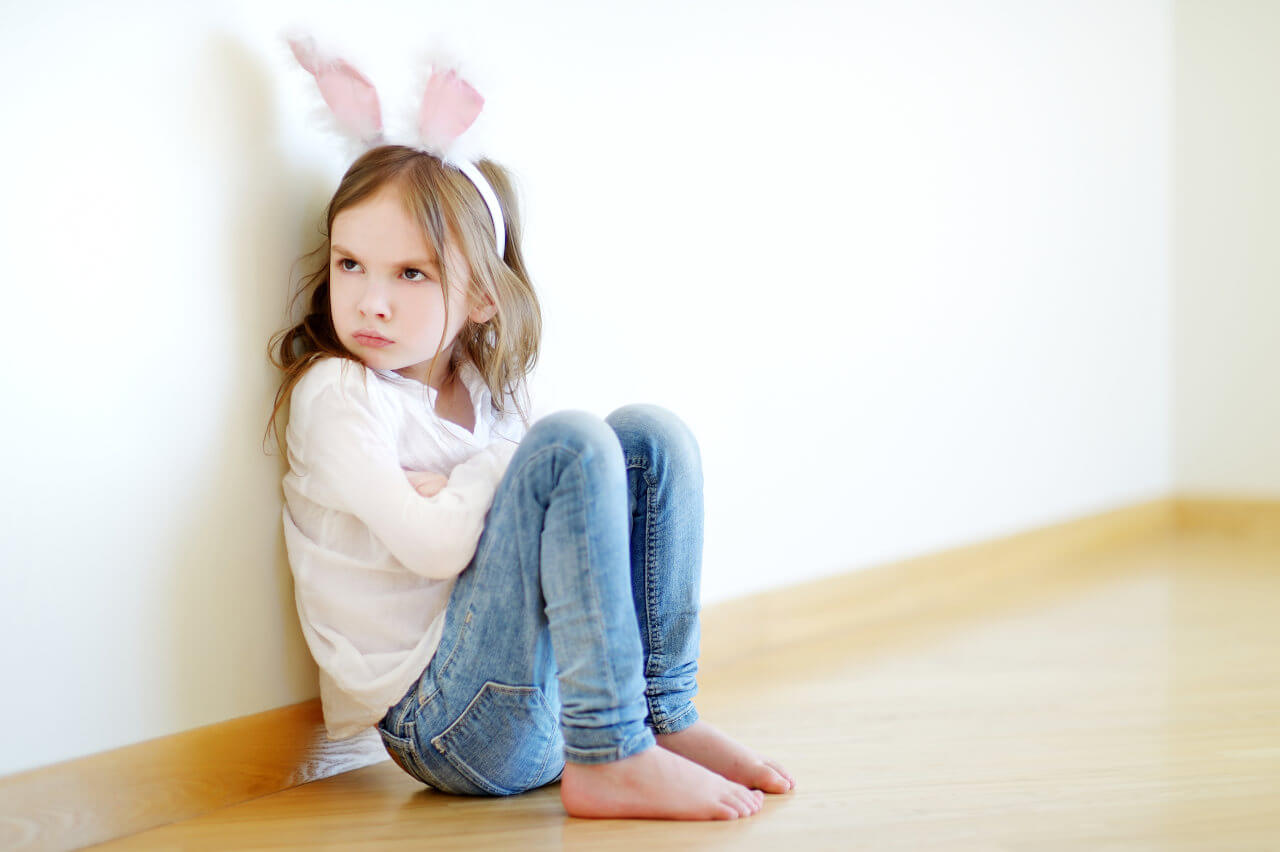 Everyone has heard of the Terrible Twos.

In my BC years—before children—I thought, “what could be so bad?”  I had these four adorable nieces and nephews whom I got to spend hours or even a weekend with, and I didn’t see the big fuss.

My youngest daughter, Cayleigh, is now four, and raising her has been one of the biggest challenges I have ever tried to tackle.

This little girl, with her blonde ringlets in her hair, cherubic little face, and big blue eyes has thrown temper tantrums that had me believing that my only way through would be to find a toddler-sized straight jacket, or searching the Yellow Pages for a young priest and an old priest.  Or possibly both.

Luckily, I have learned several toddler hacks along the way, and I am going to share with you my top 7 surefire tips on how to stop a temper tantrum before it starts.

First, the most important tip is why a tantrum starts in the first place.

When I poured my frustrations out to my doctors and her pediatricians, I learned a very important fact.  The very thing that I was doing (complaining), my daughter could not do.

According to my pediatrician, Sharye Atchison, MD, this little person that I created did not have the communication skills of an adult. Not even close.  My daughter had wants and needs, but she had no way of telling me how to fulfill these wants and needs.

This is the number one reason why children throw tantrums, according to my pediatrician: The inability to communicate.

Now that I knew what the problem was, I could go about finding a solution. I needed to find a way to communicate with my daughter, so I turned to the Internet.

On the Parents.com website, the online version of the famous magazine, I learned some better ways to communicate with my daughter.

I had been telling her things like, “Be quiet!” Or, “Stop hitting your sister.”  Those commands were not seeing any success.

At the Parents.com site, I learned that toddlers and preschoolers communicate a little differently. Instead of telling my child to be quiet, I found that if I whispered to her, she would whisper back.

Children want to copy the behaviors that they see parents and other family members doing, so if I wanted her to behave a certain way, I told her to “copy mommy,” and it worked!

If she started to get loud after we were whispering, I would gently remind her that mommy is still whispering, and she would revert back to whispering herself.

With the hitting, I realized that this is another form of tantrum. Her little emotions were just too much for her to handle, and she lashed out at her sister in the form of hitting.

This was a problem.

Since I work for a medical school, I have access to medical professionals and researchers studying just about every single potential medical problem a person could imagine.

I emailed one of my friends in the Child and Adolescent Psychiatry department to see what I could do.

My friend suggested I take my daughter for an evaluation at the department’s child and adolescent psychiatry testing center. After her testing, the doctor, Dr. Ahmed, recommended that we try something different with my daughter.

Instead of punishing her after she hits, which is happening because she was overwhelmed by feelings in the first place, I should try calming her down and teaching her how to understand and control her emotions.

Dr. Ahmed taught me the tone of voice I should use, which was a very calming and quiet voice, and what I should say to her. And, it worked!  My child stopped hitting her sister in her frustration.

When my daughter starts to show signs of losing control of her emotions, the first thing I do is have her calm herself down.

Dr. Ahmed said that this is a very important skill to learn, and some adults have trouble regulating emotions.

We practice taking deep breaths—in and out—until she has control of her emotions—usually I can tell she is in control because she has stopped crying.

After she has control of herself, I ask her to sit on my lap in the quietest place I can find, and we start talking through her anger. I ask her why she was angry.  I ask what happened.  And, most importantly, I listen to her without interrupting or judging her feelings.

This does not mean that I do not punish her at all, but I encourage honesty by making honesty the easier choice.

I used to say things like, “How could you hit your sister? You know that is wrong! You are not supposed to hit anyone!”

Now, I simply ask her what she did, and when she tells me, I thank her for being honest with me, and I leave it at that.  Which brings me to my next tip.

Part of the new process of discussing my child’s feelings and her actions is talking about her choices and whether she could have made a better choice.

After my daughter confesses her actions, I ask her what she did that was wrong, and she tells me.  If she is honest, I thank her for being honest, and then I ask her how she can fix the problem.

The inspiration for this came from the Disney Jr. program, Sophia the First.  In episode 17 of the first season of the show, “The Amulet and the Anthem,” the main character Sofia is cursed by her magical amulet for hurting her friends’ feelings.

When she apologizes, she thinks that the curse will be lifted, but soon finds that it has not.  Sofia asks for help, and Princess Belle from Beauty and the Beast arrives to explain that sometimes saying I’m sorry isn’t enough and you have to try harder, and “Use all your might to make it right.”

When I ask my child what she can do to make things better, I’m giving her some control and power in the situation—or at least the illusion of control.

That is a big contributor to tantrums for most children: the feeling that they do not have control.

When I put the decision back in her hands on how to fix her mistake, it gives her so many positive feelings to replace those negative feelings that brought on the tantrum.

She sees that I have confidence in her to make decisions, that she is allowed to make mistakes, but also knows that when a mistake is made it has to be corrected.

Once my daughter’s tantrums started to subside dramatically, and I saw a huge improvement in her behavior, I looked for ways to prevent tantrums before they began. I found an article on WebMD.com that had a list of potential tantrum triggers.

The article explained that if you knew the triggers, and planned for them in advance, you could prevent the worst of the tantrums.

Some of the triggers are obvious. When a child is hungry, tired child, or, God forbid, hungry and tired, then tantrums are more likely to happen.  Others are not so obvious.

Change can be a common trigger for tantrums. Moving from play time to dinner time to bath time to bed time can cause tantrums.

One of my friends had a brilliant idea that works really well for her children.  She bought a large kitchen timer and glued a paper circle ring around it that is colored in sections of green, yellow, and red.

The visual display is a concrete reminder that a new activity is coming.

Temper Terminating Tip 7: Coming back from the Edge of the Ledge

Sometimes, even with the best planning, tantrums can still happen. Here are some helpful hints to stop a tantrum after it has begun.

I had this ill-fated idea to bribe my children to be on their best behavior by allowing them to choose a small toy from the toy aisle, with the understanding that if they had one issue of bad behavior, we would return the toy to the toy aisle and they would go home without a toy. We didn’t make it out of the toy aisle before my youngest lost her toy for yelling in the store.

Through the rest of our shopping trip, she whined and screamed and bawled about that toy. After a long day, I just did not have the energy to deal with her behavior.  So, I ignored her.  I let her cry, scream, kick, and fuss to her heart’s content.  I figured at the very least, she would tire herself out and go to sleep early.

When we were making our last purchases before going to the checkouts, she was still fussing, and asked if she could have her toy. I said no, of course.

And, she told me that if I gave her back her toy that she would be good.  I told her that Mommy doesn’t negotiate with toddler terrorists, and that she had her chance to be good, but chose not to be good.

A woman down the aisle started laughing, and as I passed by, she touched my arm and told me that she had been going through the store as I was and heard my child throwing her fit.

She said that she was happy that I never gave in, and went back for the toy, as she had seen many other young mothers do.

She said that sometimes, we just have to ignore the temper tantrums.  I asked if it ever got better, and she told me an emphatic YES! I asked when, and she said that eventually, our children grow up, and move out.

I’ve had a lot of solicited and unsolicited advice sent my way in the five years since I became a mom, but I think this one piece of insight from a lady I never even asked her name was probably the best.

Eventually our kids do grow up, and move out.  But, in the meantime, I’ve learned the hard way why some animals eat their young…

Mom’s Guide 2018: The 5 Best Glider Chairs For Your Nursery

Sure-Fire Tips to Help Your Toddler With Their Fears

Help! My Baby Won’t Stop Crying! (It Could be PURPLE Crying)